Casino Galore » Fun facts » Changing global gambling trends and the impact on online gambling: A tale of woman and millennials

Changing global gambling trends and the impact on online gambling: A tale of woman and millennials

May 6, 2017 Posted in Fun facts by admin • No Comments
One would think that an observation of major gambling trends would most likely include the tacky Las Vegas Strip, the jewel of the dusty desert region known as Nevada. Vegas may try to remain relevant by acquiring the Oakland Raiders, however, when it comes to gambling trends its performance is….uninspiring. It does seem somewhat impossible to discuss gambling without mentioning Vegas, so here goes.
Las Vegas, AKA the nation’s largest gambling grounds, finally turned a profit last year, 2016. It is the first time it has been profitable since 2008. As reported by Forbes, the casinos have been losing due to recession recovery and all kinds of competition. More states have legalized gambling, Macau has managed to entice the rich Asian gaming market into their corner the last decade. Japan is going the gambling route as well- they just legalized gaming in a frantic attempt to generate a revenue source. Macau is the global heavyweight, the world’s largest gambling mecca. Macau has done well, posting profits over the last few months, but is still down considerably over the last three years. The issue with Macau is the government of China who requires that its own citizens do not gamble in Macau, and prefers Macau be available for mostly foreigners. Banning the world’s largest gambling population from gambling in the world’s largest gambling region. Huh?
Then there is the online gambling movement. Similar to brick-and-mortar outlets losing to their online competition, the cyber movement has swept online gambling. Take into account the gamer movement, where video gamers rule consumer electronic purchases, video chatrooms and social media congregations. Similar to the poker fans that watch their favorite players playing, video gamers watch other video gamers play. Heard of Twitch? It’s an online gamer platform that has 45 million monthly subscribers and casually adds one million new users a month. It generates so much website traffic that it holds a commendable fourth place, behind heavyweights Netflix, Apple, and Google.

Enough about the United States- the global gambling online market is officially trending. The numbers are impressive, as of 2015, more than 85 countries (including China, US, Australia, UK, France, Germany, and Italy) offered online gaming. Online betting and online casinos comprise more than 70% of online revenue. Online gaming is projected for an 8% growth jump this year- what could be behind this sharp increase in online gambling?
As the buying power of woman increased through the decades, so has their spending power- and females have expressed themselves through gambling. In private apparently. Interestingly enough, it is the younger generation that has fervently clicked their way to fortune. For the first time in history, women under the age of 35 gambled more than women that are over the age of 35. Industry leaders speculate this trend to level out as they strive to find avenues to reach the upper age ranks. Woman orientated online casinos have sprouted with names like Pink Lady and 888ladies. Optics work. Recent studies by Business Wire reveal that females make up a staggering 40% of online gambling participants in the United States, and a mind-blowing 49% in the United Kingdom.
Credit card abuse has also fueled the online gambling craze. Some countries have banned online gaming sites thereby inciting their residents to find alternative ways to access their favorite hobby. This can be achieved by cloaking the IP address or using an international credit/debit/prepaid card to circumvent ridiculous government intervention. Banning something that is legal somewhere else isn’t the most effective way to handle to control consumer interest- simple psychology and understanding of human behavior would seem to reveal that.
Applications, currently nicknamed apps, are another HUGE reason why online gambling has exploded. Along with the rise in smartphones and interconnectivity, comes the rise in gambling apps. Gambling apps give consumers mini endorphin rushes right at their fingertips. Apparently, gambling aficionados do not require actual coins dropping into their lap, JPEG’s of coins will suffice. Society is becoming an increasingly “indoor” society with a phenomenon called social gambling. Currently, consumers can gamble together in multi-player mode and are encouraged to do so through group tournaments and such. For those fearful about gambling alone or like to gamble in groups, that might be reason enough to join the club. Brick-and-mortar patrons that do not currently have a smartphone perhaps are motivated to now purchase one for access to gaming sites alone. Credit is given to the type of gaming app also. Certain apps allow users to play for free essentially and then make in-app purchases down the road. Theorists speculate that changing transaction models might be a factor.

The use of virtual cash is also attributed to exponential growth. With individual apps using their own virtual currency that they can cash out or trade, money movement is easier than every before. Online transaction services have also exploded, gamblers no longer have to deal with discriminatory banks and greedy credit cards. This has an advantageous effect for gaming companies because they can also track each users spending pattern and customize promotions targeting consumers. Reports did not mention Bitcoin involvement, however, conventional wisdom would agree that since they are the currency of the future- they are present.
Success in the online gaming spike has also been attributed to a change in advertising channels. Direct mail was the main form of outreach, a certain family related to the author of this article receives over forty pieces of paper mail from local casinos every week. That is more mail circulars than grocery advertisements and bills combined.
Advertisers now focus their efforts on social media sites and direct email. The challenge that lays with them is that they feel the need to penetrate the millennial market further. Why? Researchers say that millennials “skip over advertisements.” That seems like it is a trend worth embracing. 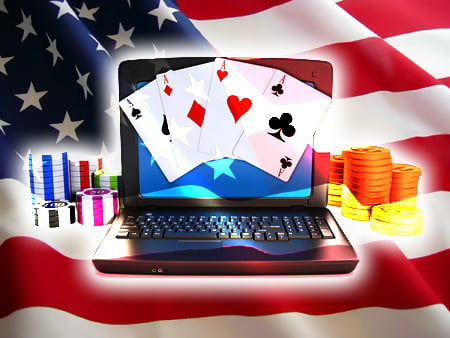